On a beautiful fall day in Champaign, the Sigma Rho brothers put out the "Welcome Alumni" sign and received about 25 alums with their family and friends.  The Fighting Illini made the day even better by beating Minnesota.

Among the notable alums was Charlie Christoe '64 with his wife Diane. Charlie was there to celebrate the fifieth anniversary of his graduation. 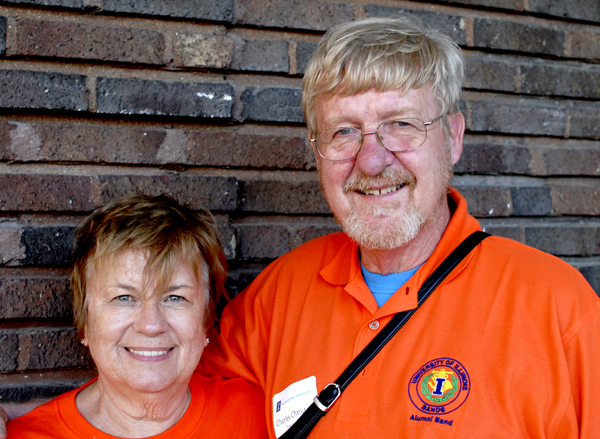 He is wearing a shirt indicating that he was a member of the marching band as an undergraduate. He also appeared on the field at halftime with several of his fellow band members from 50 years ago.