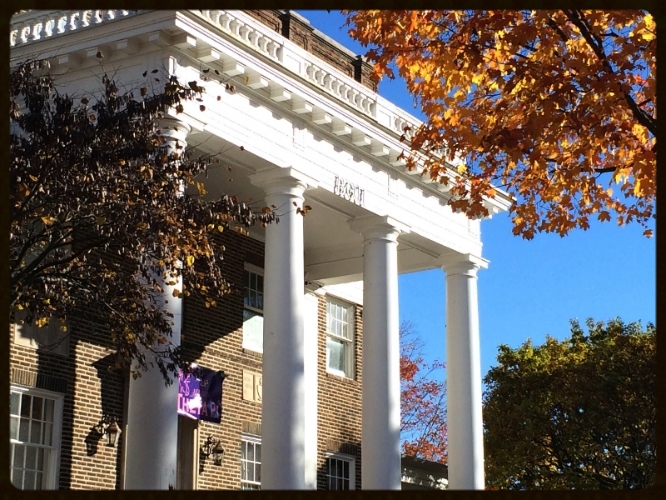 Playing host to campus midterms and the first of many cold fall days, October also brought about surprise and progress as well as a few lighthearted events for all the brothers and alumni of the Sigma Rho chapter. Yes, the month has quickly come and gone and its subsequent report is what I owe to you. So without further introduction, I present to you the Sigma Rho October newsletter.

First and foremost I would like to address the mailed letter all Beta parents received from the Housing Corporation’s Board of Directors last month. While other Houses on campus may brush this aside, we recognize that transparency is a key factor in Greek life no matter which college campus one attends. This being said, you as our parents deserve the right to be informed with what exactly this letter was about.

Also sent to members of the organization’s administrative team, the letter highlighted the concerns of alcohol on the chapter property as well as our desire as a colony to be more self-governing. The central underlying issue that precipitated the discussions on self governing came about as a direct result of internal disagreements over the role of our on-site house director. While we do not deny that having someone from the national organization on-site has been an asset to the growth of this chapter, we have collectively felt over the past several weeks that this individual had been increasingly overstepping his boundaries and, in several cases, had prevented and/or circumnavigated our own risk management practices completely. These practices – developed ground up by VP of Risk Management Raim Izhar ’16 in coordination with the national organization itself – in effect were then denied the opportunity to be put into action, thus disappointing us as we felt we were not being granted an appropriate level of trust worthy of a Man of Principle.

Regarding the concern over alcohol on the property, the concern has been raised because we as a chapter, in an effort to better establish relationships with other Greek houses, groups, organizations etc. on campus, one day desire to host social events in the House we have all come to love. 202 E. Daniel is not just a nationally registered historical landmark; it is the place where we seek to make memories and forge friendships that will last a lifetime, something which is hard to accomplish when we cannot all come together in a central location. We hope that this may one day be reconsidered, but until then we shall continue to work with and accept the present limitations. 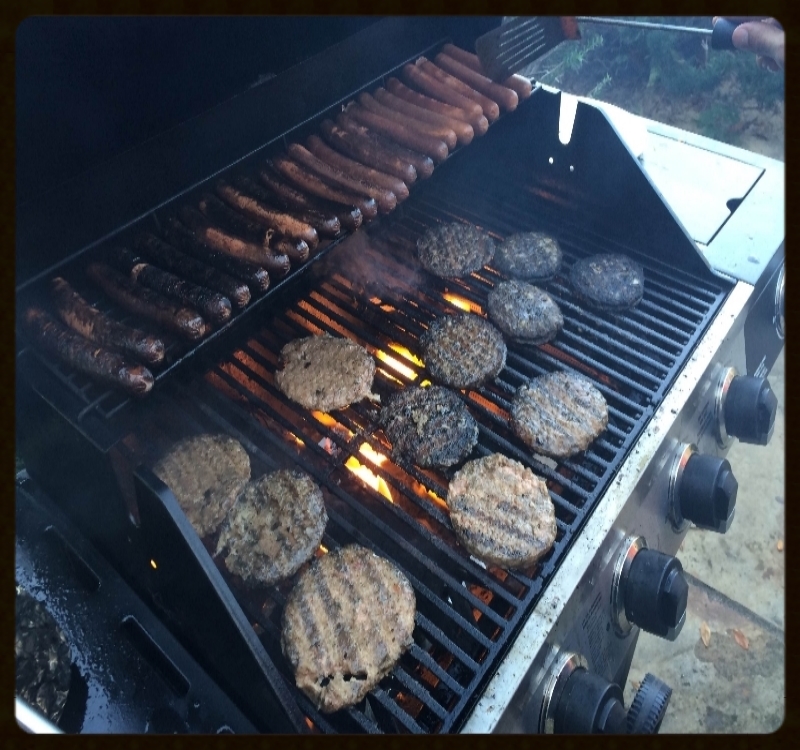 Above:  Our recently purchased grill was put to the test, supplying dozens of hamburgers, hot dogs and brats for alumni and their families. Tremendous thanks those who contributed to its purchase!

Above right:
With the Fighting Illini's win over the Minnesota Golden Gophers, the day's mood was further boosted for both the alumni and current actives who attended!

By far the largest event we have hosted to date, the Sigma Rho chapter was formally opened on October 25th for Illinois’ Homecoming weekend festivities. Welcoming home dozens of alumni, their families and friends, the house was quite busy both before and after the game as our visitors munched on a breakfast spread in the morning and a full on American cookout in the afternoon. With contented stomachs, alumni and guests were then shown around the house to revisit their former rooms and mingle with the chapter’s current brothers. The stories of all the good times 202 E. Daniel has witnessed throughout its history was something we all took great joy in hearing about and reliving, especially since every alumni member was so impassioned and eager of our return. An emerging chapter which inherited a considerably damaged relationship with our alumni base just over a year ago, this was definitely the most rewarding aspect for us since it clearly showed our efforts to overhaul and rebuild relations from the ground up were wholeheartedly appreciated. And if the day could not get any better, the Fighting Illini even defeated the Minnesota Golden Gophers 28-24, a win which we (regrettably) don’t see all that often. Before returning home, the alumni proudly flaunted the souvenir quarter-zips we had made for the occasion and very generously contributed donations that will go towards the continuous improvement of the chapter house. Our sincerest gratitude goes out to them for the support and encouragement; we hope to host everyone again soon!

From a new member standpoint, our thirty-one member pledge class has really been on a roll as of late learning our fraternity’s history and completing our “Man of Principle” core coursework. Besides getting to know one another during their meeting sessions and Monday dinner announcements (which showcase their progress to actives), they have also made great strides in learning the general background of each and every current active brother. Furthermore, new members have also been paired with “pledge dads” who integrate them into the chapter through events such as flag football games, basketball tournaments, etc and  ensure they’re fulfilling necessary requirements. But as important as all of this may be, new members must also maintain their major’s coursework via required study hours that occur a certain amount of nights each week. Instituted by VP of Education Nihreer Matani ’16, this ensures that our newest, future brothers will be living up to our strong academic reputation and setting a great example for future new members to come. 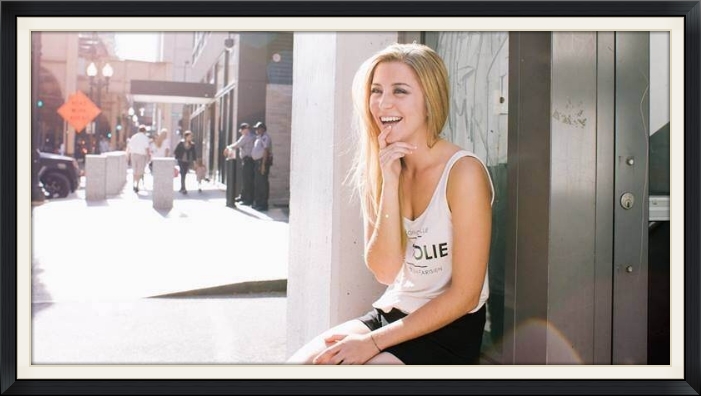 The Sigma Rho Chapter is pleased to introduce to you our recently named House Sweetheart: Laura LoVetere.

Although our official chapter count is robustly climbing to the triple digits since our arrival back on campus, an outstanding individual was added to our brotherhood on the evening of October 27th.  A Lombard, IL native majoring in French and Communications, minoring in German and completing a translation certificate for the French language, we are both honored and humbled to introduce to you our Beta “House Sweetheart” Laura LoVetere.

Previously having known many of our brothers, Laura soon found herself meeting the rest of us whenever she would swing by the chapter house to say hello or see us around campus. But as time passed and more of us got to know her, her image as the kind face of the Alpha Phi sorority evolved into becoming the “charm to our chapter” who defined what a house sweetheart is: someone whose dedication and overall contributions lead to a fraternity's success. An individual embodying a vibrant personality and heart of gold coupled with some appreciable baking skills (the delicious baked goods she has often brought us are always gone in a flash!), we Betas were certain in our minds that she was the one to be.

As we marched to her sorority home and knocked on the door, you can imagine the surprise her sorority sisters must have felt when they suddenly saw almost forty of us on the front doorstep. But as Laura was brought outside, she immediately recognized us all as we broke into a spirited serenade of “Honey” and the Beta “Sweetheart Song” led by Lead Chorister Tommy Laabs ’16. As our voices rang out, more and more of her fellow sisters crowded the front door or peered down from open windows to investigate the commotion. But as others watched and continued moving about for a better view, the genuine excitement and ear to ear grin on Laura's face never faded. After we gifted her the signed card, bouquet and chocolates, we then said our goodbyes and headed back knowing we had performed with much success.

Of the evening, Laura says:
"I was so touched when I saw all of you guys there. You put in so much work to plan out that night and I just felt so special and loved when you sang for me and presented me with the flowers and gift basket. All of that really shows what great character all of you have and I could not be happier to be your Sweetheart and call you all my brothers."
The feeling is mutual Ms. LoVetere - we could not have selected anyone better! Just don't forget about us next semester as you're studying abroad at the L'institute Catholique in Paris and traversing Europe!

Above:  Needless to say, we caught Laura completely off guard!
"I've always wanted an older brother," she says. "And now I have a hundred! SO excited to be chosen as the Beta Sweetheart!" 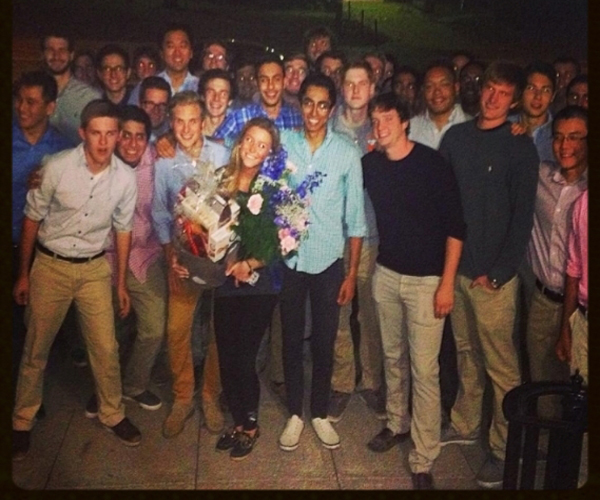 Above right:  Almost forty brothers marched over to Alpha Phi for the serenade. Bouquet in hand, Laura happily accepted!

- Why you went Beta:
"I found out about Beta through some friends in other houses and I thought the opportunity to be a founding father was too great to pass up. Once I met the other guys who had already joined Beta, I found out that this was a very motivated and accomplished group, so I decided to join."

-What you hope to accomplish this year:
"In the next year, I hope to publish a scientific research paper in a peer-reviewed journal and I hope to start an RSO [registered student organization] on campus that acts as a network for undergrad researchers in STEM [Science, Technology, Engineering & Math] fields." 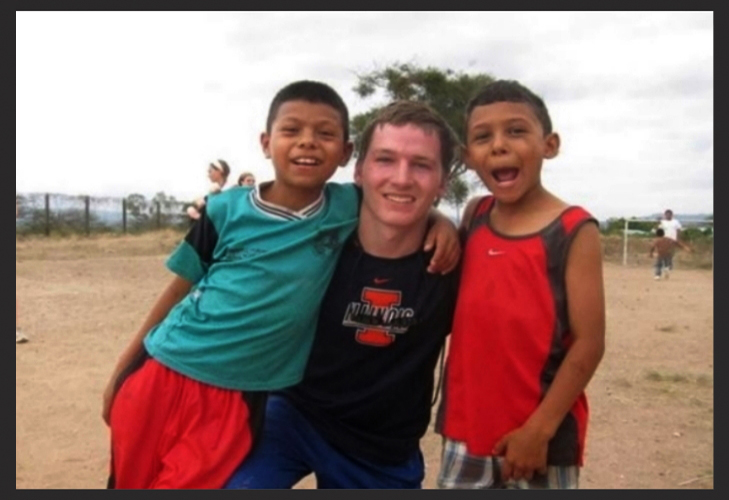 - Hometown: Roselle, Illinois
- Major: Molecular and Cellular Biology
- Roll no. & graduation year: 2209, May 2016
- Why you went Beta:
"I knew a few guys from my hometown and freshman dorm so I decided to give it a try. After meeting the rest of the house and learning about the illustrious history, I was sold."

- What you hope to accomplish this year:
"For the house, I hope to build our reputation around campus as a social committee chair and establish bonds between the alumni and undergrads. For school, I hope to do well and apply for Dental School in May. As President of Global Medical Brigades, I also look forward to leading the program this year."

Best memory of UIUC / Beta thus far:
"When I was still relatively new to the house, several of my brothers came out for my twentieth birthday and it was one of the most fun nights of my life."

With the inclusion of several additional philanthropic events that raised money for some great organizations (ie Water Wars with Alpha Gamma Delta for diabetes research funding; Paintball with Alpha Chi Omega benefiting Champaign’s Courage Connections, a domestic violence and homeless shelter to name a few), October was another month for the books! And now that things will be relatively quiet until the next round of exams, you can look forward to your Betas being home soon enough for the Thanksgiving holiday. But until then, continue to miss us just a little longer!

As always, feel free to contact me for any requested information or questions - I am happy to assist you!

Copyright © 2014 Illinois Beta Theta Pi, All rights reserved.
This is the official parents newsletter of the Sigma Rho chapter of Beta Theta Pi.